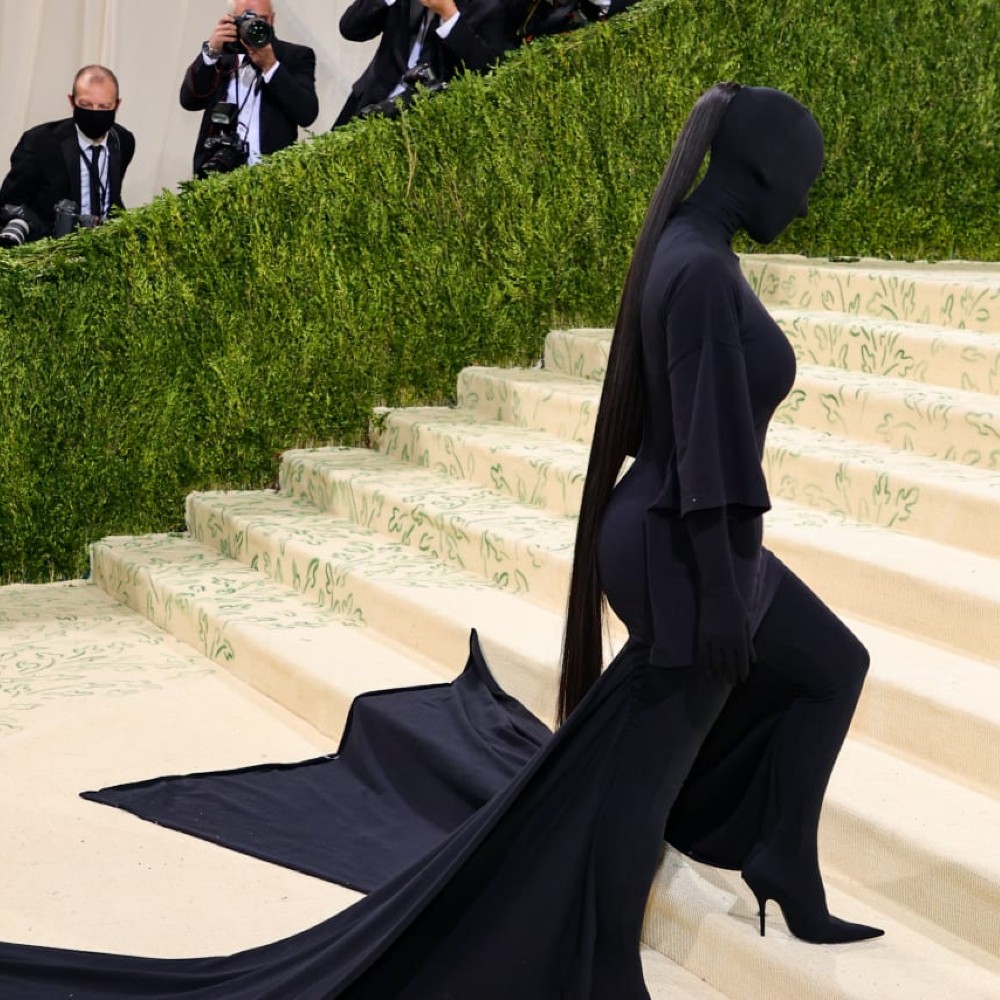 Kim Kardashian has again startled the audience with her unique style, when she appeared in the 2021 Met Gala Red Carpet in a faceless avatar covering herself in black, literally from head to toe. But she did not let her attire stop her from getting glammed up, even putting makeup on her completely hidden face. 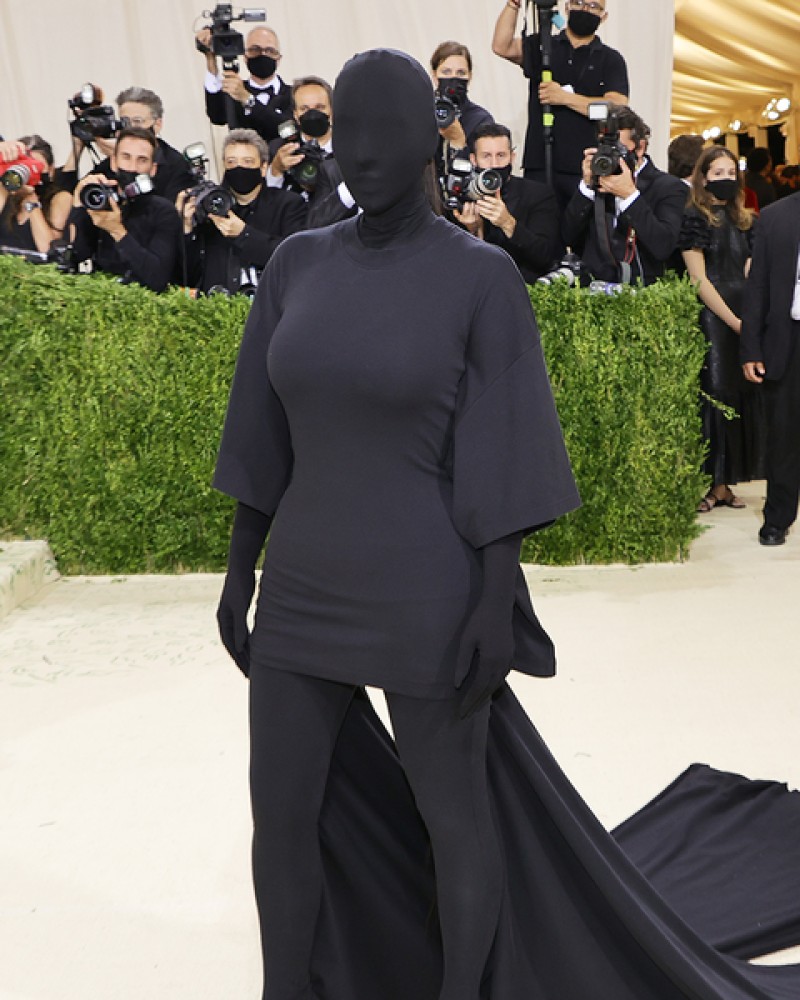 With the beauty equivalent of Schrödinger’s famous paradox, Kim Kardashian decked herself in ‘incognito glam’ for the biggest fashion event at the Metropolitan Museum of Art’s Costume Institute. Kim sent a wave of shock across the internet once again, but this time taking a completely opposite route to her typical heavily exposed image. She chose a Balenciaga custom ensemble equivalent of a full blackout curtain, which was composed of a black turtleneck bodysuit with a long black train.

The bodysuit was worn under an oversized t-shirt dress and was accessorized with the fashion label’s signature legging boots. Matching black gloves, and a full head-obscuring mask completed her look. She was accompanied by Balenciaga’s creative director Demna Gvasalia, who also wore a full body-covering all-black hoodie, sweatpants, and similar face mask.

The inspiration behind Kim Kardashian’s sensational Met Gala beauty look was actually the superstar’s estranged husband Kanye West. The concept was to push the creative boundary with ultimate confidence by making a unique fashion statement, which West himself believed in strongly. Demna Gvasalia is a frequent West collaborator and was introduced to Kim by West himself, paving the way for the now strong relationship between Kim and Balenciaga. The face mask Kim wore on the Red carpet, was identical to the one West donned during his Donda performances. It surely made West’s presence felt in the fashion’s biggest night, though he himself didn’t attend the star-studded event. 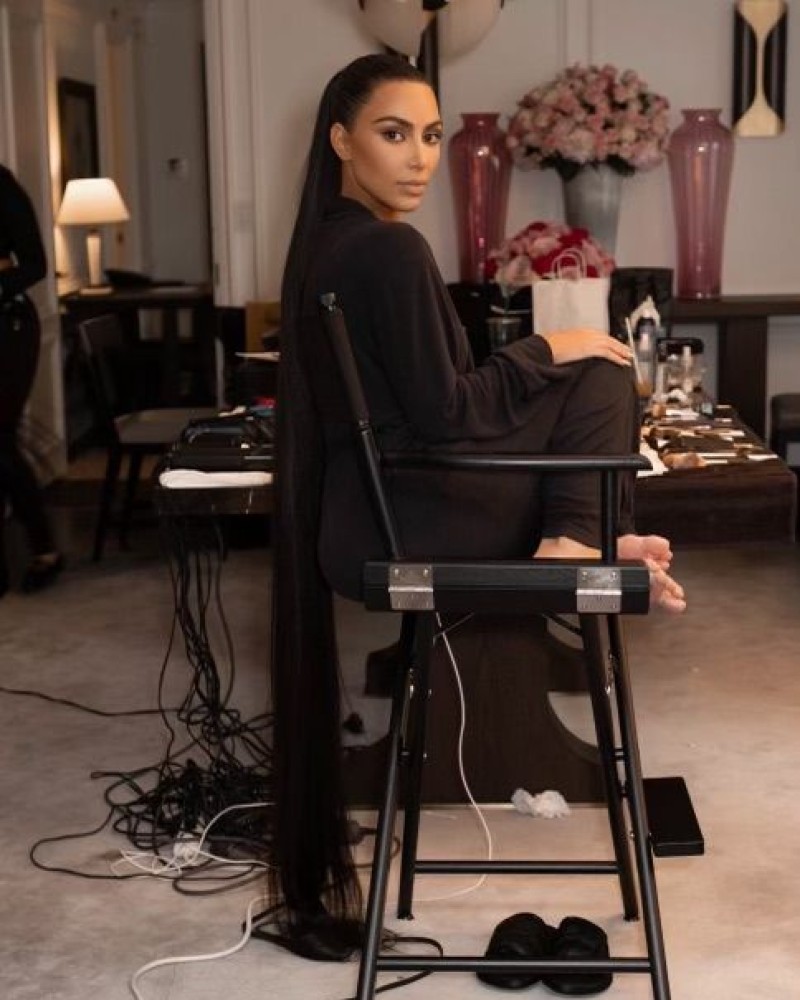 Getting the look was actually no easy task, as there was an amount of make-up involved under the black face-covering mask! The Skim’s founder’s makeup artist Mario Dedivanovic showcased the prep session of the star through behind-the-scenes photos in his Instagram account. The glam-work included a series of skincare products by La Mer, as well as the eye-shadow palette, brow pencil, and brow gel from Dedivanovic’s eponymous cosmetics line.

One of the most widely shared traits of people worldwide is a passion for things that taste good. ...

Trisha Yearwood Has a Recipe for Tasty Asparagus Bundles

Eating healthy doesn’t mean that you have to eat boring and bland food. Vegetables can be even more ...