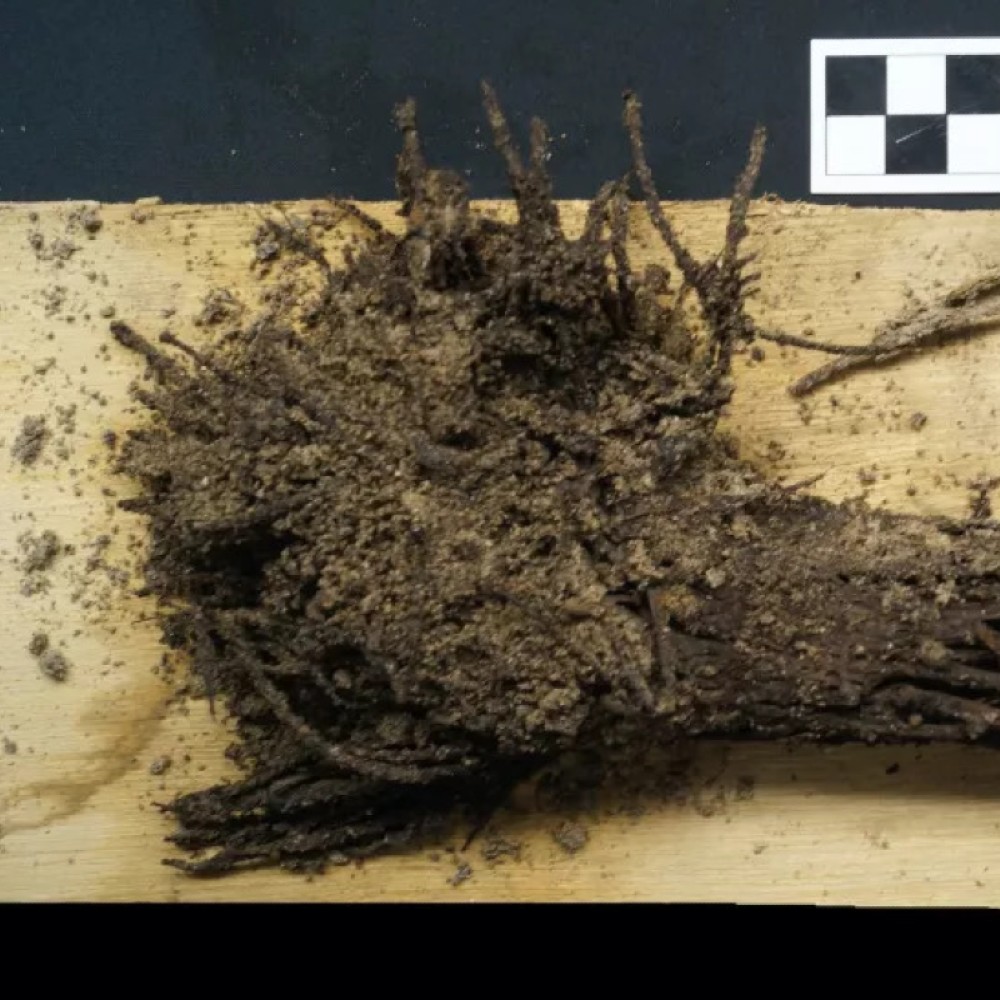 2000 years old flower bouquets, which surprisingly survived a bonfire, are found in a tunnel under a Teotihuacan pyramid in Mexico. Historians assume the act of lighting the bouquets was possibly a part of any offering ritual. 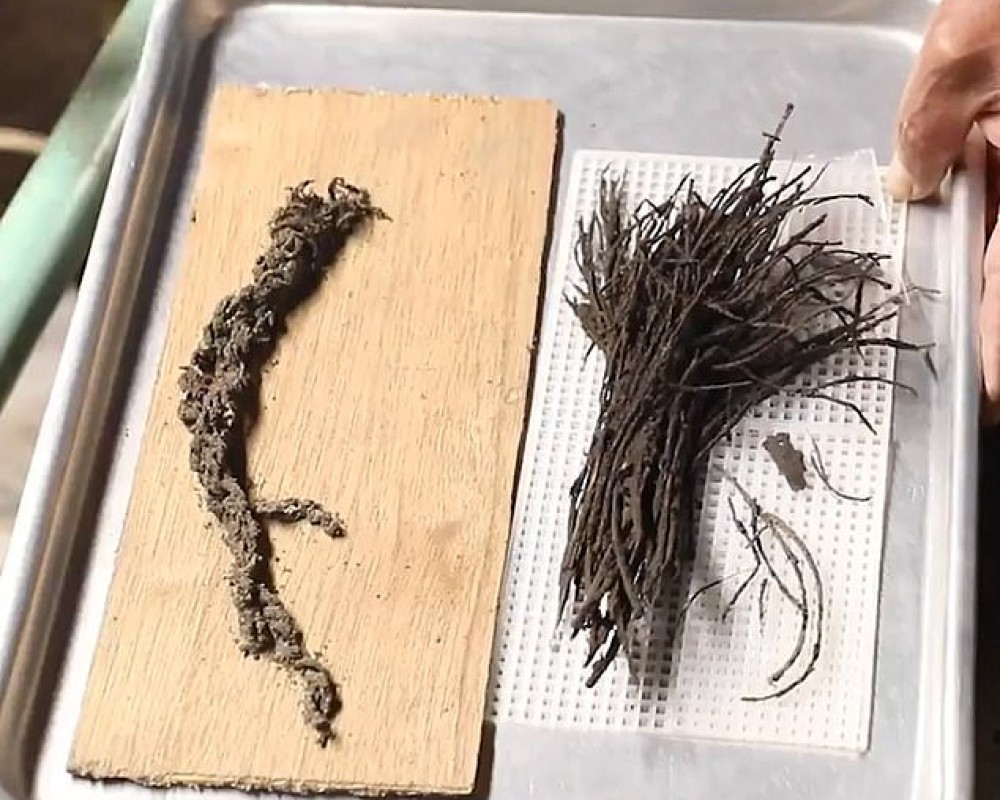 A group of archaeologists, led by Sergio Gómez-Chávez of Mexico’s National Institute of Anthropology and History (INAH), have recently excavated a tunnel snaking beneath an ancient Teotihuacan pyramid in northeast Mexico. They found remains of those well-preserved flowers tied in neat bouquets in the deepest part of the tunnel, around 60 feet below ground. The number of flowers in each bouquet is different, varying from 40 to 60 in general. Alongside, they found numerous pieces of burnt wood at the same site, bearing the evidence of a large bonfire. Several pieces of pottery, and a sculpture of Tlaloc, the ancient local god of rainfall and fertility, were also discovered beside the bouquets.

According to Gómez-Chávez, it seems that the bouquets were placed on the ground first, and then were covered with a vast amount of wood before setting the pile ablaze. The sheer amount of wood had likely helped to protect the flowers from the flames. He also explained that these bouquets were likely a part of some rituals most probably associated with fertility, performed within the tunnel by the indigenous people nearly 2000 years ago. Hopefully, by determining the exact identity of the flowers, there will be a guarantee and more knowledge about the ancient Teotihuacan rituals. 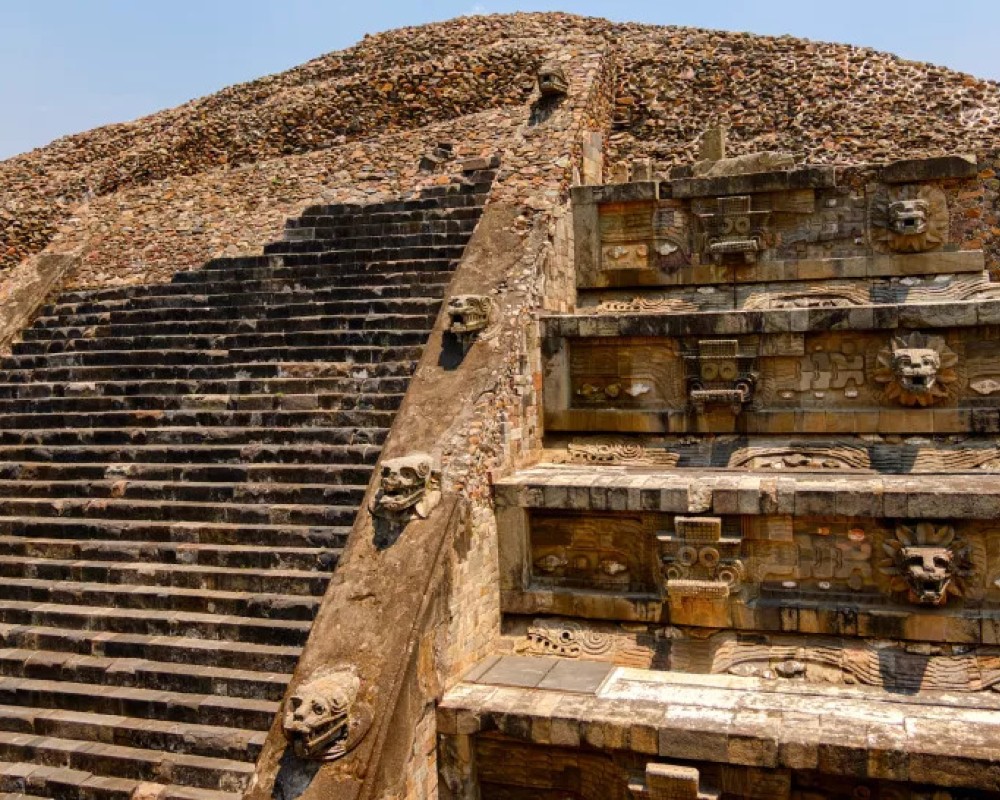 The Teotihuacan pyramid in question is itself an immense construction. It is a part of the ‘Temple of the Feathered Serpent’ in Teotihuacan of Mexico, built in honor of the serpent god Quetzalcoatl, who was popularly worshipped in Mesoamerica. The Teotihuacan pyramid with that particular tunnel had a length of 75 feet, while was first built, possibly making it taller than the ancient Egyptian Sphinx of Giza.

The no-nonsense simple steak on your plate can reach a whole different level with some dollops of ...

Next to the Sphinx, the pyramids, and the pharaohs, one of the most interesting things about the ...

Celebrities are pretty much always under some kind of limelight. They live their lives knowing that ...