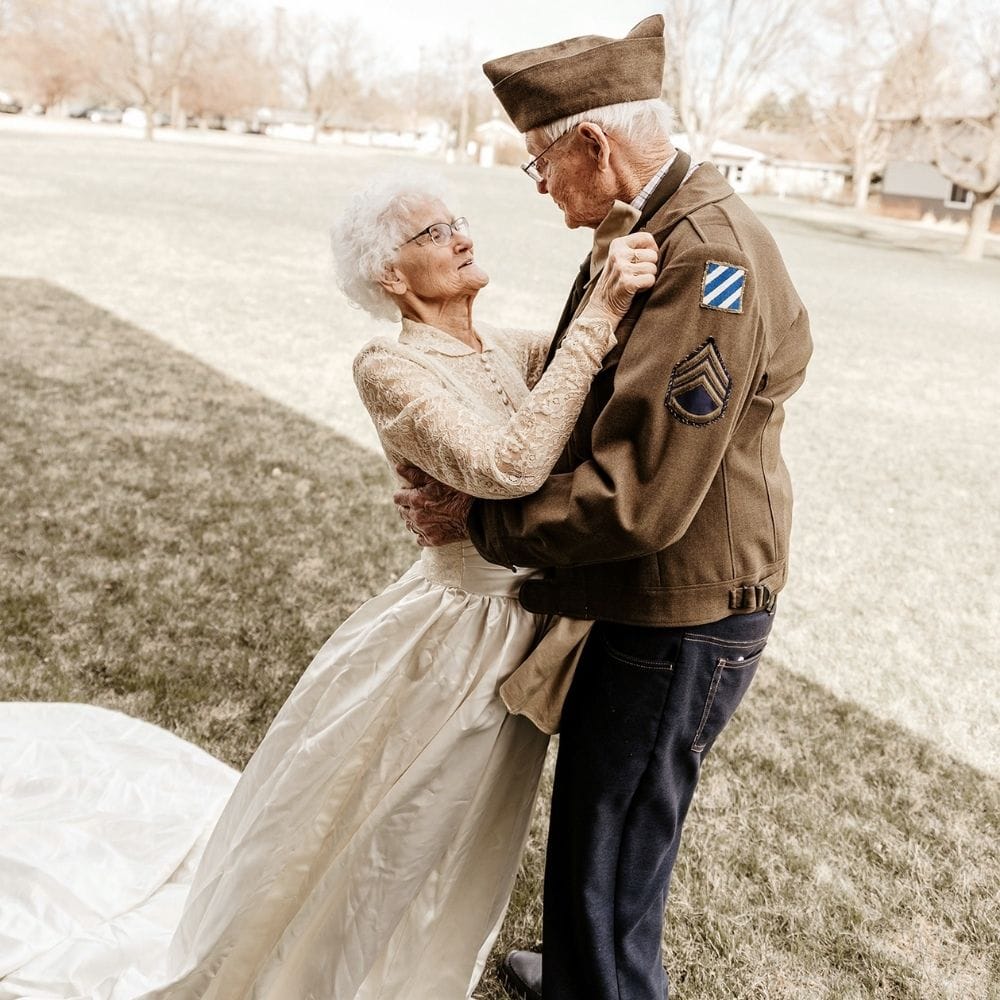 It seems that as the world moves forward, and we question the existence of every emotion we feel, there are some couples who are still writing the love story they started decades ago. Melvin and Nancy Lubber, 91 and 87 respectively, are still couple goals even after 70 years of marriage! Not only that, as a special tribute to their seven decades of love, the two had a beautiful wedding photo shoot where Nancy wore her wedding dress!

While celebrating their 70th wedding anniversary, the couple’s youngest granddaughter, Anna, decided that the best way to celebrate is to have a special photo shoot. The professional wedding photographer spoke about how her grandparents only had a couple of photos from their wedding day, and this was a special way to add to their love story. Not only was Nancy’s wedding dress a part of the shoot, but Anna’s mom also managed to find her father’s Korean War Army suit. The South Dakota natives shot many poses together, looking at each other with their hearts in their eyes. Nancy, who originally purchased the dress and veil for $35 and $15 respectively, stated that she has kept her dress well preserved as it was very special, and wearing it again had brought back lovely memories. 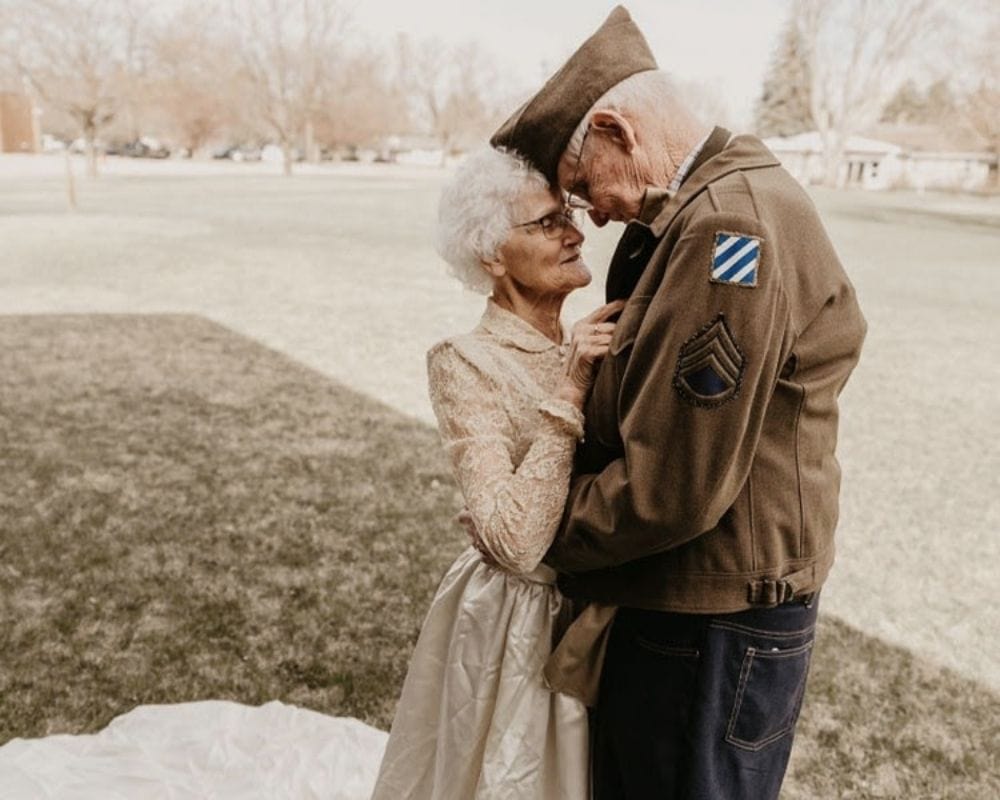 The duo was married to each other in 1952 in a church, with a reception held in the basement. At that time, young Nancy was only 16 years old. Over the past 70 years of marriage, the two have amassed a huge family including five children, 12 grandchildren, and 21 great-grandchildren. Shortly after their wedding, the young Melvin was called to serve in the Korean War where he was a tank commander. After his return, Nancy worked in a grocery store and Melvin took up a job as a salesman. Their story certainly ignited the belief that love does indeed conquer all.

Being a girl scout develops certain skills such as leadership, confidence, communication, and more. ...

Madden Humphreys is a seven-year-old boy from Oklahoma. He was bullied in school because of his ...

Fab at Fifty: 3 Fitness Workouts for Women over Fifty

A fitness workout at 50 may seem like an uphill task for many women, but it is not. In fact, it is ...