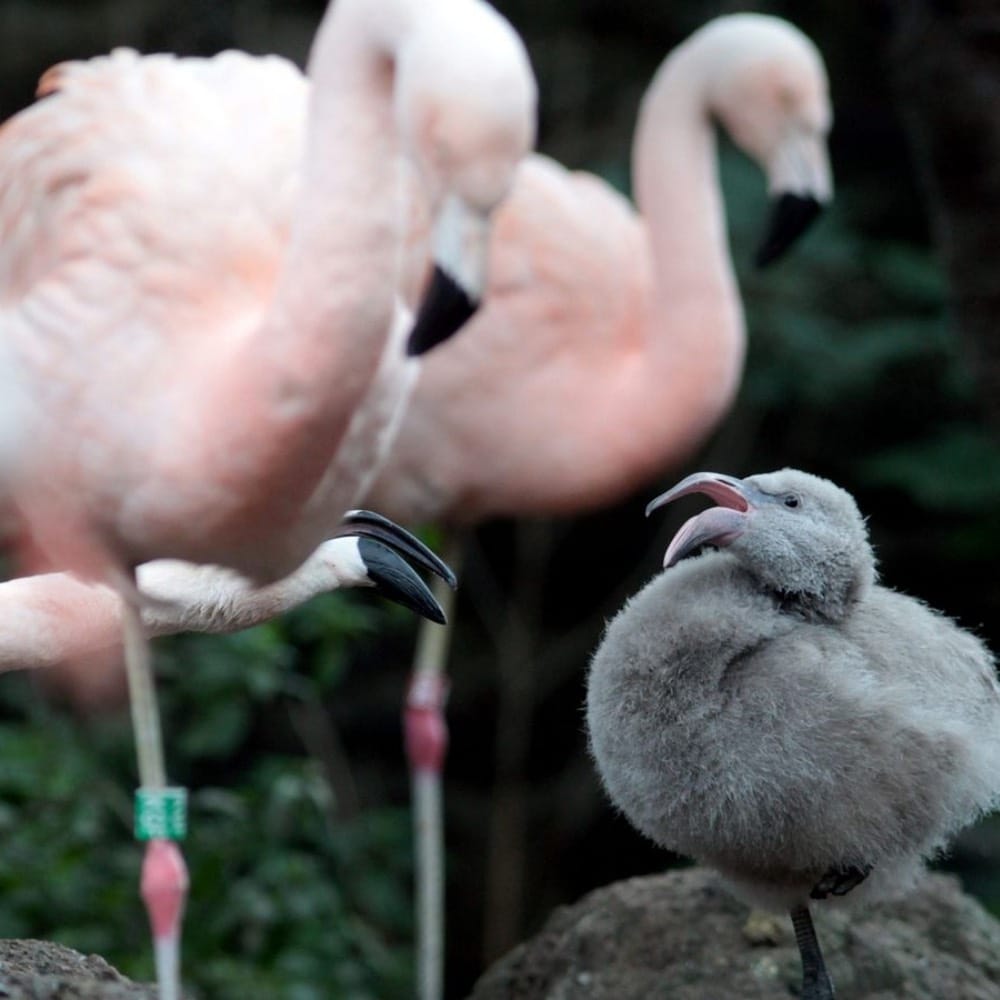 Everyone has heard about two human gay dads raising a kid together, but let’s talk about how beautiful and wholesome the story of this newborn chick is; she is being raised by Flamingo dads after she was left on her own to survive by her parents. Love has no limits and the duo is living proof of that.

When zookeepers found the egg abandoned, they decided to keep it in an incubator to ensure it survived and could be welcomed to the world. But, after observing Hudson and Blaze, the two gay flamingos, taking care of their shared nest, it was decided that these two were the ideal parents for the baby. Everyone believed the experienced pair would take great care of the chick and give it the love it deserved. In a press release, the Whipsnade Zoo showed how beautifully the pair took care of the unhatched egg, providing it with the warmth it needed. The team leader, Tim Savage, said, “Flamingos usually work together, as a monogamous pair, to care for their eggs and subsequent chicks.” He believed that the duo was the ideal choice for the egg as they always took good care of their babies.

In August 2019, a pair of penguins made the news for a similar story — taking care of an egg they found unattended. One of the spokespersons for the zoo, Maximilian Jäger, said that zookeepers saw the two trying to hatch fish and stones. They found an egg abandoned by the only female penguin present at the zoo. The pair took turns taking great care of the unhatched egg and keeping it safe from the other penguins. The zookeepers just had to keep the egg close to them, and Skipper and Ping started loving and taking care of the egg. Stories like these always fill our hearts with love and respect towards all creatures.

Queen Elizabeth II: The British Monarch with the Longest Reign

Queen Elizabeth II has ruled Great Britain and the Commonwealth of Nations, including Canada, ...

5 Meaningful Movies That Everyone Should Watch At Least Once

There are some movies that leave lasting marks on our souls, and we are never the same after seeing ...